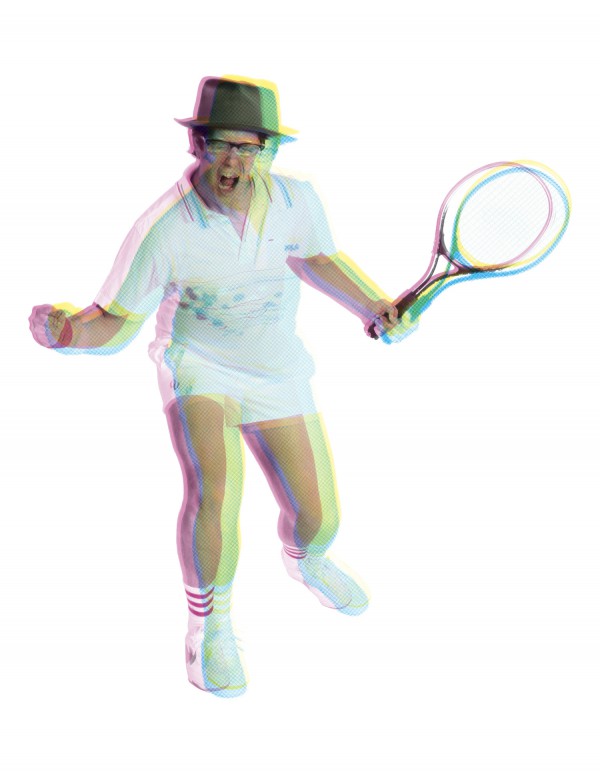 Gyz La Rivière (1976, Rotterdam) is an artist, filmmaker, researcher and writer. Art started playing a role in his life when he began skateboarding in 1987. Skateboarding opened the door to a whole new world for him.

He gets inspiration – besides from his childhood toys – out of the enormous amounts of images, infographics, logos and icons that reach our perception through media culture.

Gyz La Rivière arranges time like a visual archivist. By extracting images and objects from their original context and arranging them in a new, autonomous one, he becomes the master of his own universe.

Gyz La Rivière studied fashion design at the Willem de Kooning Academy. In 2000, he graduated as the first student in the history of his school without a collection. In 2002, he was awarded the Rotterdam Maaskant Prize. In 2011, he received ‘The Praise of Folly’ Honorary Pin from the Comité Erasmus and in early 2013 he won the Dolf Henkes Prize for iconic Rotterdam-based artists. Also in 2013, he directed Rotterdam 2040 and in 2020 the film New Neapolis. Recently he published Home Video (2021) and New Neapolis – No Structure (2017), his eleventh and twelfth publication.